Kendrick Lamar – To Pimp a Butterfly

It is irrelevant whether Good Kid, m.A.A.d City is better, because To Pimp a Butterfly contains some of the most insightful, thought-provoking and powerful song-writing in any genre, and is arguably one of the top hip hop albums of all time. Kendrick is a hecka talented rapper. With intriguing flow and pitch, spectacular lyricism and an attention-grabbing album structure, this is a must listen for everybody. This harp-playing divinity has created yet another eclectic compilation of immense, ethereal, gorgeous melodies. Her lyricism is obscure and dense with allusion. She can be both devastating, such as in Sapokanikan, and simply enchanting, like in Leaving the City. Newsom compels us to wander through the baroque soundscapes she has conjured in Divers again and again. Each listen uncovers some new element; another mystical sound plucking quietly in the right channel, or a new resonance with the lyrics. This album is always developing. Like a broken compass, you pass down new lanes and across landscapes and dive into fresh oceans while swearing you were being led the same way each time. Milo – So The Flies Don’t Come

One of the most tangible and lucid lyricists to ever grace the mic, Milo is the epitome of wit and intellect, and So The Flies Don’t Come is easily his best record to date. The beats are alluring and cavernous. While still quite sparse and measured, it is Milo’s words that are at the forefront of this album. The words aren’t foreign or oppressive, but make you feel like you and Milo are sharing in code personal to yourselves. This is easily my favourite rap album of the year, for the depth of imagery and subject as well as the unfamiliar aggression that Milo taps into for just one or two tracks; he is most certainly still thuggin’ with his books and swords. 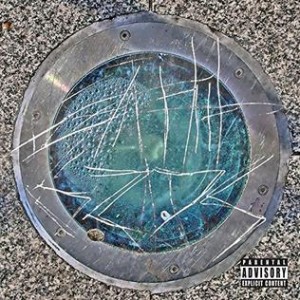 Death Grips – The Powers That B

Death Grips has a highly contextual and esoteric sound. This is a foreground album. This is not music to do other tasks to. In fact, the demanding, strength-draining intensity of The Powers That B will most likely render your limbs useless; you will become jelly and splay over a beanbag or other comfy surface on which you’ve chosen to listen. And you must choose to listen or the effect will be largely lost. Imagine a cross between Alt-J and Hot Chip. Everything Everything has come back with an iconoclastic, high-energy album. Lead singer Jonathan Higgs imparts some essential knowledge and perspectives on contemporary culture and the recent social, economic and political landscape of the world. The sort of campus activism found in many alt-rock/indie-rock outfits is developed so much further in this album than most. The lyrics about power and wealth are so accurate. The tone that they deliver it in is almost chant-like, and completely reiterates, completely engulfs the satire of monarchy, wealth and hierarchical power. Unknown Mortal Orchestra – Multi-Love This band, formed by Aotearoa native, homeskillet extraordinaire, Ruben Nielson – previously of The Mint Chicks – is making serious waves with their psychedelic, soul, lo-fi, pop-rock blend. The record is littered with the classic groovy bass lines and tight drums that we expect. For the majority of the tracks, UMO is a shark; it sounds like it will die if it stops moving, so it just keeps on groovin’. Every time there is a part on the album that might expose itself as a flaw, the band has brought in other elements to elevate the song. The one exception to this is the abrupt change in tempo at the back end of Stage or Screen, which is really neither here nor there and just seems like Nielson ran out of material. Regardless, the idiosyncratic and surprisingly soulful horn-oriented approach to psychedelia in this album comes out with a rustic, groovy and beautiful finish. Mac DeMarco – Another One

Wikipedia will call it jangle-pop, Mac would call it jizzy jazz. Me, I call it rock-and-chill-folk-roll. Regardless, this EP holds a special place in my heart, and is included, with undeniable bias, ahead of arguably more deserving candidates (Destroyer, Joey Bada$$, Julia Holter, Sufjan Stevens…). The reason, simply, is that out of the genre – this amorphous blob of a genre – Mac DeMarco is creating the catchiest, cute and jamming tunes of them all. This is the background soundtrack that you’ve been missing. As long as whatever you do is in 23 minute periods, you’ll be fine. Drake – If You’re Reading This It’s Too Late

Basically, like Mac DeMarco, Drake is an important role model in my life. Perhaps Joey Bada$$, The Game or Run The Jewels could take this coveted rap album spot, but in reality, the tracks in If You’re Reading This… are some of Drake’s most aggressive and confident to date. Compared with Nothing Was The Same, the intensity is upped, the lyricism is upped, the sappiness is downed and the beats are skeletal and minimal, allowing for Aubrey’s rapping blend to really make a statement. Drake is quite a polarising character; but you won’t feel cold when you open your heart to this loveable legend. 2015 has been a year for the lyricists. We’ve had wordsmiths cropping up in every musical genre there is. Father John Misty, with his previous affiliation with Fleet Foxes, is undeniably the prime yarn-spinner in folk at the moment. I Love You Honeybear just outdoes most other singer-songwriters’ albums, in almost every way. The melodies climb and fall, the instrumentation is grand and illustrious and the lyrics are unfathomably facetious, witty and hilariously self-deprecatory. If you’re down for some superb instrumentation, coupled with a sturdy voice and great lyrics, give this a try. 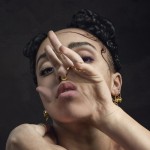 Originally a backup dancer, FKA Twigs has garnered critical acclaim with her 2014 album LP1 and brings a novel, artistic, abstract slant to pop. Like most of the other artists on this list, she is creating something so different and new to anything that her contemporaries are doing. M3LL15X is only five tracks long, BUT WHAT AN INCREDIBLE FIVE TRACKS. This EP is relatively accessible, while still maintaining the intriguing elements of LP1 and further developing her personality as an artist. Despite its avant garde undertones, M3LL15X is an instant classic and well worth the sixteen minutes of your time.