I recently had the opportunity to interview some great Kiwi talent starring in the upcoming New Zealand web/TV drama Ahikāroa.

The show follows three best friends, Māori *rangatahi Geo, Smooch and Hemi, and has been described as a groundbreaking drama that tackles taboos and covers many of the challenges faced by young people.

I spoke to Awhimai Fraser and Turia Schmidt-Peke about their roles in the show.

Fraser plays Chantelle, who is, as she explained to me, “what we call a Mozzie, a  Māori-Aussie. She was born in New Zealand, moved to Australia and came back three years ago. She’s a landscape gardener and her main deal is that she’s wanting to find her Māori identity. She’s been away for a while and she doesn’t have those influences in her life which is something the others help her with.” 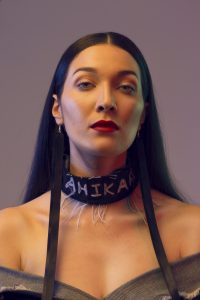 This was an aspect of Chantelle’s character that Fraser could relate to, also on a journey to find her own Māori identity. “I started learning Te Reo Māori last year as I didn’t really know any before and I did a full immersion course for one year. It was quite a scary and unknown journey going into it but it turned out to be a really great experience.”

The show takes on some hard-hitting issues, as Schmidt-Peke explained about her character Geo’s struggle with grief. “A lot of people can relate to the different characters and different situations, like how Geo deals with grief. She isn’t sad all the time, she deals with it with positivity, which is not something you usually see in movies and on TV.”

When it comes to her ability to relate to Geo, Schmidt-Peke explained how “in terms of wardrobe we are totally different, but on the party side we’re similar. I like to socialise. She’s also way more sexually confident than I am. Geo’s quite vibrant and always happy. It’s good because the three main characters are all quite different so they balance each other out.”

Viewers are able to watch episodes online here. The first ten episodes air on December 10th at 7:30 pm, with new episodes to premiere weekly after that. These will also be reassembled into half-hour linear episodes which will air on Māori Television in 2018.

The website also has a section for learning Te Reo Māori, providing an immersive guide developed with the help of Satellite Media, which is designed to nurture the interest in Te Reo the show generates. In addition to this, there will also be an after-hours show following the televised series, Ahikāroa After Hours, which focuses on the Te Reo Māori aspect of the show. So is the show going to make an impact on interest in the language for those viewers who don’t speak it? Fraser believes so. “All the actors are at different parts in their Te Reo journey, but I think because it is a beautiful language and a metaphorical language, it will inspire people to listen to it or look up certain words or even think about learning it.”

In terms of the show itself, it’s clear Ahikāroa has something unique to offer. “There’s nothing on, in my opinion, that’s like it,” Fraser explained. “It’s an original drama with sass and passion and all the elements you want to see in drama. It’s also Māori. It’s aimed at rangatahi but I think all ages will enjoy it. I hope that it will encourage rangatahi to do what they love.

It’s very relatable to teenagers especially, it covers a lot of those issues and lets them know that they’re not the only ones going through those things. Hopefully, people will watch and be inspired and want to follow our journey. I’ve definitely fallen in love with Chantelle and hope others will too.”

So if you’re interested in watching a home-grown drama that’s unlike anything else on TV, check out Ahikāroa. The episodes will also be reviewed soon so be sure to keep a lookout on TEARWAY!

Are you excited for Ahikāroa? Let us know in the comments below!